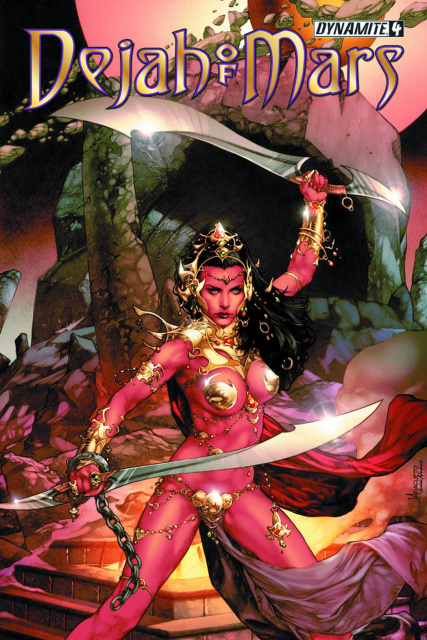 FINAL ISSUE!!! Ruthless! Reckless! Remorseless! Dejah Thoris will shoot, hack and smash her way to her abducted husband - half a step ahead of the Helium Royal Guard. But the Red Reaper may kill John Carter first trying to extract the secret of his immortality. And if he can't do that, he's taking everyone on Barsoom with him - by activating the giant red cannons buried around the planet! The death-filled conclusion of Mark Rahner's brutal meditation on life and death after the end of Issus!