KIERON GILLEN continues his tour-de-force masterpiece of war! With the change in naval power, and new abilities unearthed, the arms race for better Ubers is on. With Sieglinde on the sidelines and recovering, the Nazi effort is having to change focus, with horrific results. Available with Regular, War Crimes, and Wraparound covers by Daniel Gete, Propaganda Poster cover by Michael Dipascale, and a special Blitzkrieg Incentive cover also by Gete. 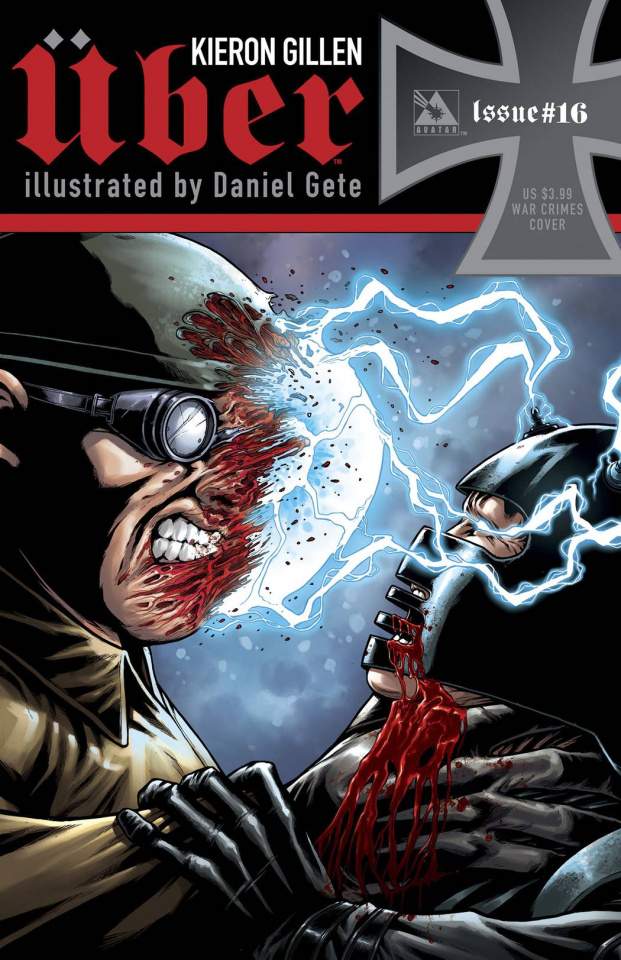