The greatest assembled team of writers unleash all-new tales of Gods and men in the biggest event of the summer! KIERON GILLEN unveils Alastor, the demon assassin who sees nothing but opportunity in the new order of things. While Gods are away, the demonic can play... JUSTIN JORDAN unleashes a pitch-black tale of evil as Pan decides to mix with mortals. And don't miss the second part of the greatest murder mystery in the pantheons as MIKE COSTA finally solves the mystery of who killed God! The Alpha and the Omega, two epic tomes that you don't want to miss! Available with lovely Regular, Iconic, and End of Days covers by series cover artist Jacen Burrows. Also a Carnage Wraparound by German Nobile and Divine and Pure Art Retailer Incentives by Burrows. 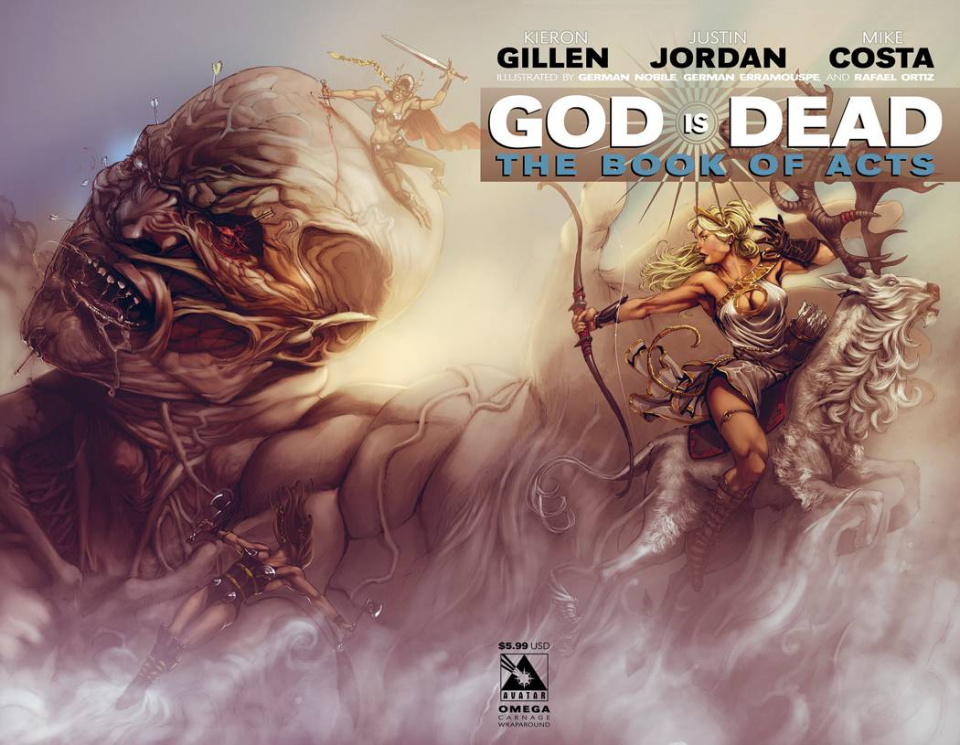