The greatest assembled team of writers unleash all-new tales of Gods and men in the biggest event of the summer! Two giant-size issues could only be kicked off with the biggest writer in all of comics, ALAN MOORE, as he brings a tale only he could tell - when his personal God Glycon comes to Earth! Reunited with Facundo (Fashion Beast) Percio, Alan himself stars in a story about where Gods really get their power. Then SIMON SPURRIER redefines a lowly cherub into maybe the most destructive of all the Gods, one who knows how to use modern human weaknesses! And ongoing series scribe MIKE COSTA finally reveals the greatest mystery of the series - who actually killed God? The Alpha and the Omega, two epic tomes that you don't want to miss! Available with lovely Regular, Iconic, and End of Days covers by series cover artist Jacen Burrows. Also a Carnage Wraparound by German Nobile and Divine and Pure Art Retailer Incentives by Burrows. You also don't want to miss the Glycon Leather cover by Burrows or get everything at once with the Deluxe Collector Set! 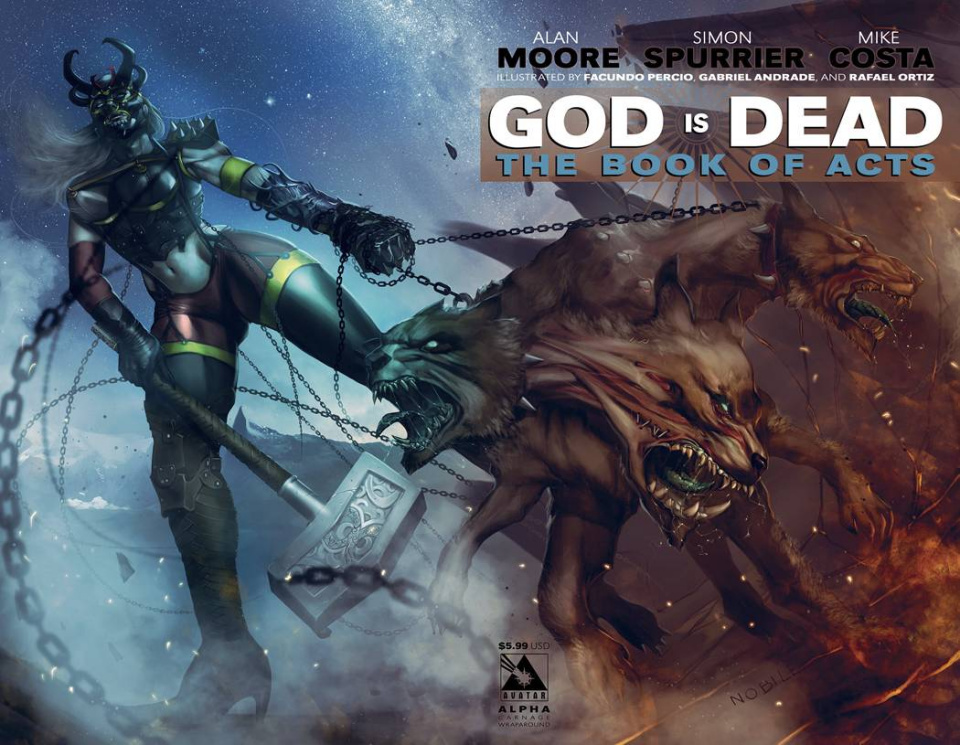