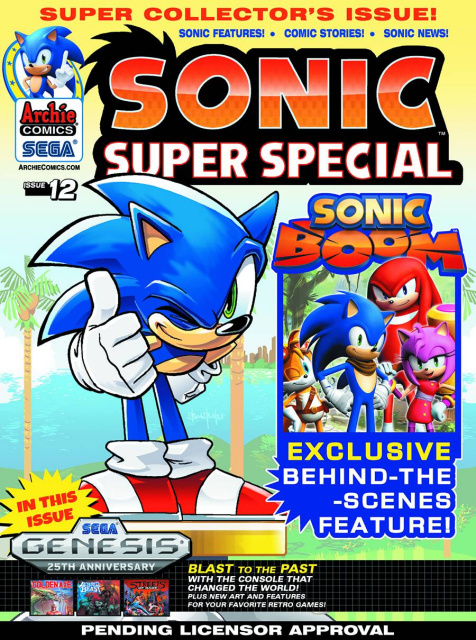 Celebrate 25 years of the SEGA Genesis with this extra-special anniversary edition of Sonic Super Special Magazine! Take a look back at the SEGA system that started a revolution with this anniversary issue featuring the origins of such hit games as Golden Axe, Altered Beast, Streets of Rage, and more, alongside awesome new pin-up art from the Archie team! Plus, an interview with Sonic inker supreme Terry Austin and an all-new foil-enhanced cover from the incomparable Ben Bates! This issue is jam-packed with awesomeness!