Welcome to the Jean Grey School of Higher Learning, where Wolverine, Storm and a star-studded faculty educate the next generation of mutants! But with their own lives steeped in deadly enemies and personal crises, how can the X-Men guide and educate - let alone defend - the school? And what mysterious organization waits in the shadows to destroy Wolverine's mutant sanctuary? The mysterious Phoenix Corporation wants Quentin Quire, but why? As Wolverine clings to life, Storm, Idie and the kids make a stand against the Phoenix Corporation - while a fleeing Quentin finds a new ally in Cyclops! And only Evan can save Fantomex from certain death, but does he dare? Wolverine and Storm reach a breaking point as the X-Men take on the Phoenix Corporation - with their very future hanging in the balance! Collecting WOLVERINE & THE X-MEN (2014) #1-6. 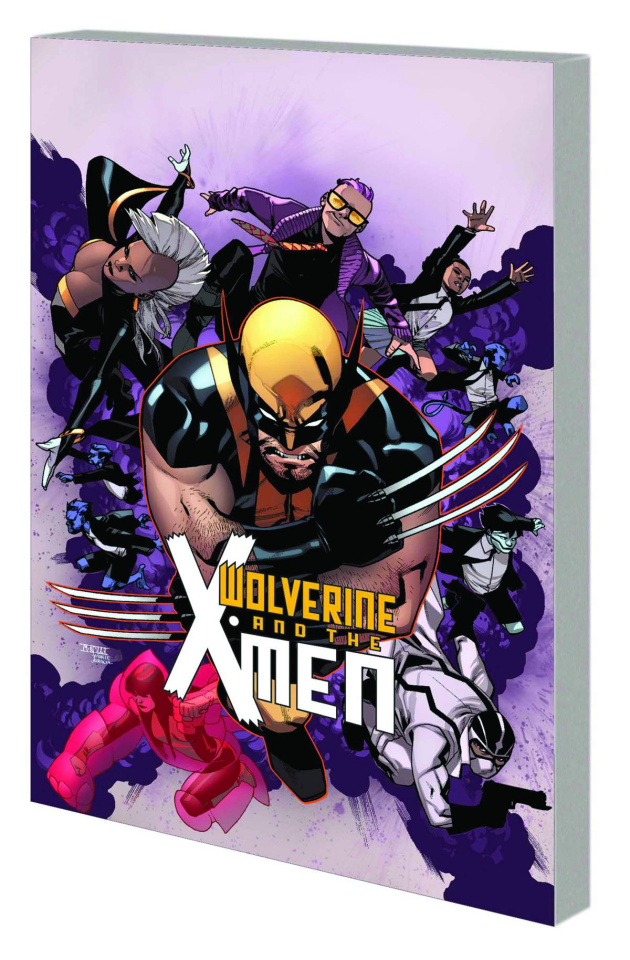