The World's Greatest Comics Magazine begins anew! But as the Fantastic Four embark on a strange mission, they aren't met with new beginnings - they face an untimely end! Marvel's First Family heads toward its darkest hour, but who's behind the FF's downfall? Manhattan is under attack by a killer swarm from a corrupted pocket universe; to defeat it, the Human Torch must make a terrible sacrifice! And with one member down, a new menace emerges: the Wrecking Crew, their powers mysteriously elevated! As Ben and Alicia's romance rekindles, the threats of Fin Fang Foom, the Wizard and the Puppet Master loom; the Baxter Building is quarantined; and the Fantastic Four are held accountable for the destruction in Manhattan! It's the trial of the century and a major turning point for the FF! Collecting FANTASTIC FOUR (2014) #1-5. 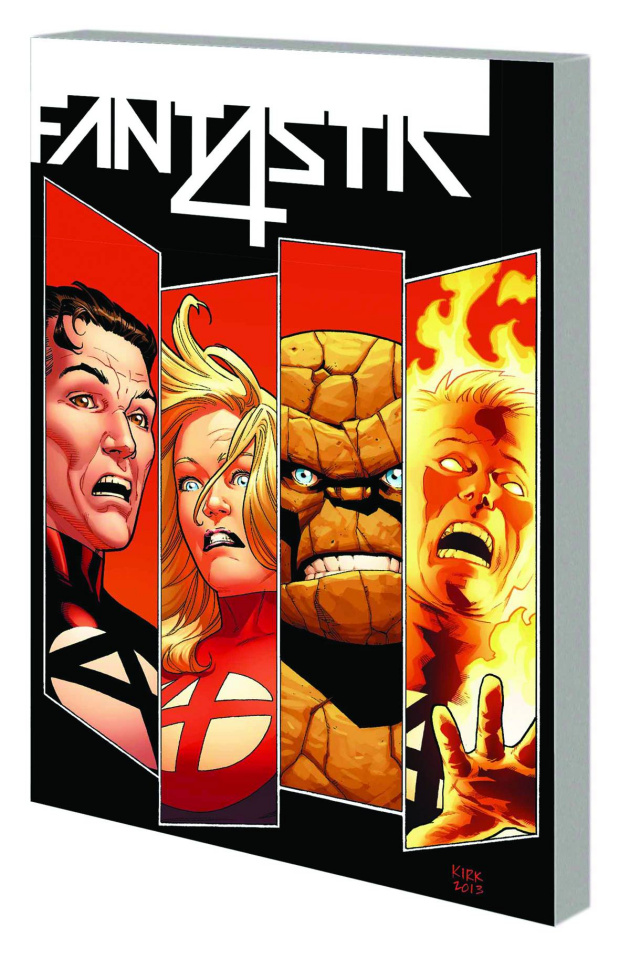