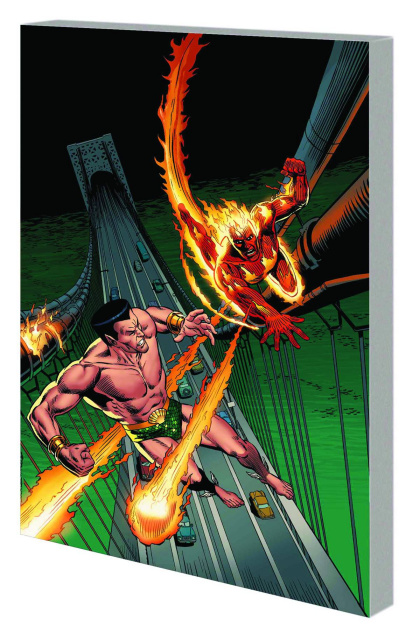 Sub-Mariner and The Original Human Torch

Namor the Sub-Mariner, Avenging Son of Atlantis. Jim Hammond, the original android Human Torch. Two icons whose rivalry dates all the way back to the dawn of Marvel Comics. Now, learn the full story of two legendary adversaries who would one day become allies, even friends. From enemy of mankind to wartime savior - from Fantastic Four foe to staunch Invader, Defender and Avenger - Namor is a man of contrasts. Relive the life and times of Marvel's mightiest mutant as only he could see it. Imperius Rex! Meanwhile, a recently revived Torch looks back to his own uncanny creation. Meet his sizzling sidekick, Toro; learn his incredible part in Hitler's downfall; and discover why the flame of Marvel's first hero was doused for so long! Collecting SAGA OF THE SUB-MARINER #1-12 and SAGA OF THE ORIGINAL HUMAN TORCH #1-4.