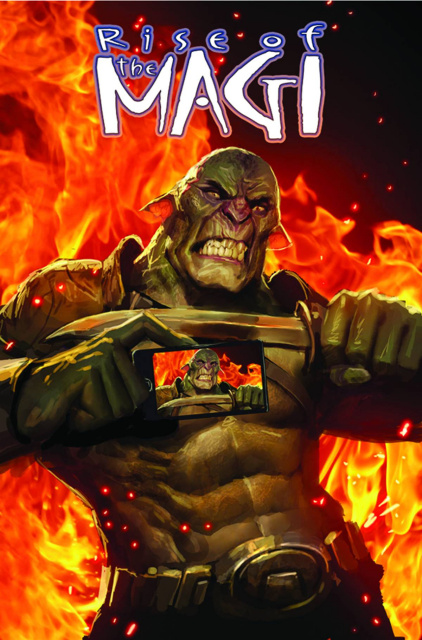 Rise of the Magi #4 (Kesgin Cover)

Asa Stonethrow's uneasy alliance of magic wielding criminals is beginning to unravel and trust becomes harder and harder to come by as the line between reality and illusion blurs. Asa is determined to fight the good fight, but is he really fighting the war he sees? Back in his home world of Rune, magic has laws and codes of honor; on Earth no such guides exist. While fighting for his life, Asa learns the terrible lesson that when pitted against the overpowering strength of chaos, order has little or no chance of victory.