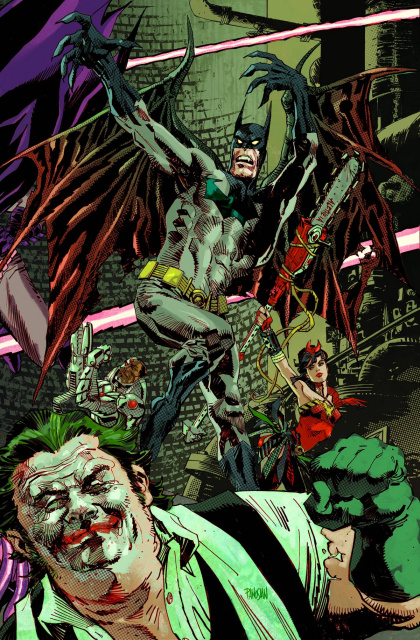 Infinite Crisis: The Fight for the Multiverse #2

Based on the hit videogame INFINITE CRISIS, the cosmos spanning series continues. On Earth Prime, Cyborg, The Flash and Zatanna search for the missing Batman. Meanwhile, still reeling from disaster, Batman and his strange new allies - Arcane Green Lantern, Gaslight Catwoman, Atomic Wonder Woman and Nightmare Robin - have taken off in pursuit of Atomic Two-Face. The killer's in possession of the Eternal Key that he stole from Harbinger - and this artifact could give him the power to level a universe!