Caught in the jaws of the Faraway! General Redacted has laid claim to the greatest secret in a time-lost dimension that's practically built on 'em. Must be a doozy, huh? Well, it's big enough that Redacted and his army of alien greys (they're small but feisty!) are laying waste to anyone and anything approaches their occupied lands of the Faraway. Now, it's down to Archer & Armstrong to run the greatest infiltration / liberation / inebriation mission history has ever known, which would be a cakewalk if it wasn't for all the UFOs, hostile natives and, of course, the dinosaurs. Yup, could definitely do without those dinosaurs. 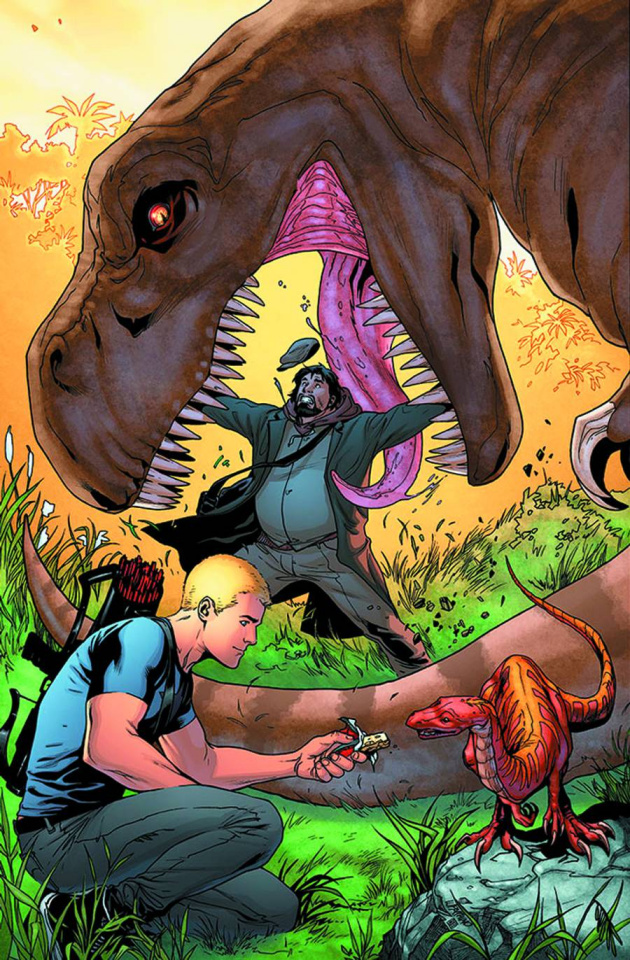