Congressman John Lewis (GA-5) is an American icon, a man who has witnessed history in the making and helped make history himself as one of the key figures of the civil rights movement. His commitment to justice and nonviolence has taken him from an Alabama sharecropper's farm to the halls of Congress, from a segregated schoolroom to the 1963 March on Washington, and from receiving beatings from state troopers to receiving the Medal of Freedom from the first African-American president. Now, to share his remarkable story with new generations, Lewis presents March, a graphic novel trilogy, in collaboration with co-writer Andrew Aydin and artist Nate Powell (winner of the Eisner Award for Swallow Me Whole, NY Times Bestseller for The Silence of Our Friends). March is a vivid first-hand account of John Lewis' lifelong struggle for civil and human rights, meditating in the modern age on the distance traveled since the days of Jim Crow and segregation. Rooted in Lewis' personal story, it also reflects on the highs and lows of the broader civil rights movement. Book One spans John Lewis' youth in rural Alabama, his life-changing meeting with Martin Luther King, Jr., the birth of the Nashville Student Movement, and their battle to tear down segregation through nonviolent lunch counter sit-ins, building to a stunning climax on the steps of City Hall. In March, a true American icon joins with one of America's most acclaimed graphic novelists. Together, they bring to life one of our nation's most historic moments, a period both shameful and inspiring, and a movement whose echoes will be heard for generations. 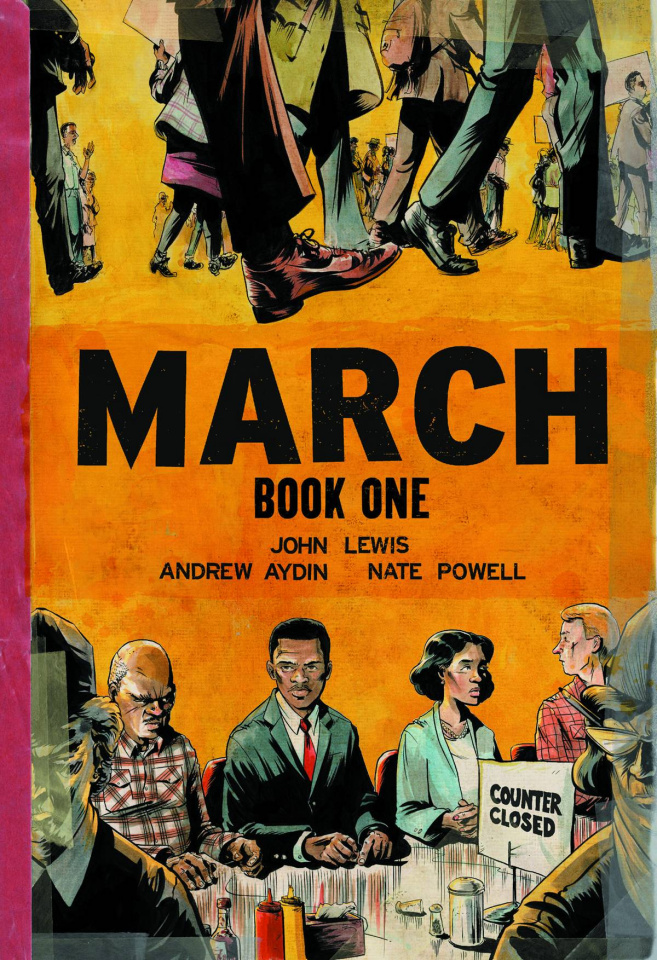