At last, a hint of what lies beneath the Weir in Weirding Willows. The secret of talking animals and dimensional portals revealed. Plus one of our cast dies and we promise you, they will never return. Odyssey: Sharky's back! He leads a SWAT team against a group of protestors on Wall Street. Only one man dares stand in their way. When saving the world, the Carpediem agents prefer to ride in their state-of-the-art, nuclear-powered, phallic-shaped-but-not- overcompensating.... by-much, copyright-infringing Yellow Submarine. But one day the submarine is missing. Someone stole it straight from under their noses inside their secret HQ. So join them, under a sky of blue and sea of green, as they hunt for their yellow submarine. 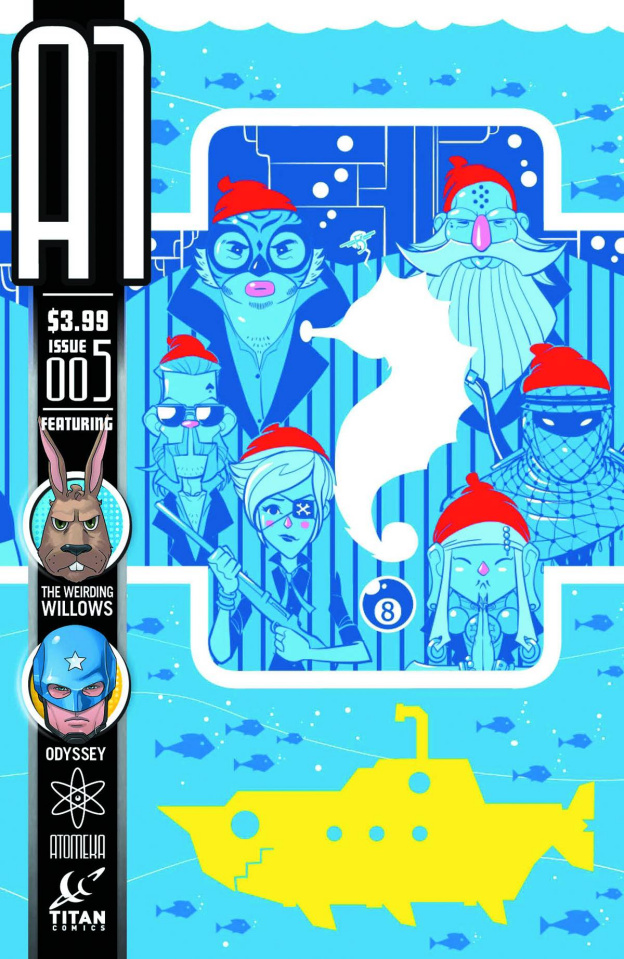