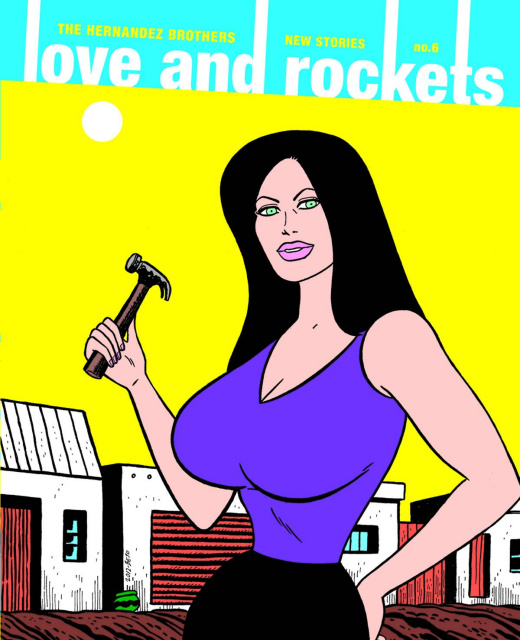 Love and Rockets enters its fourth decade with the latest installment of this acclaimed graphic novel-format iteration, featuring both old friends and new faces, and some genuine surprises... The cover shows Gilbert's new star Killer in a pose and milieu that will bring back memories for long-time fans - imitating the hammer-wielding Luba in her adopted Palomar. That's because Killer has discovered that her great-grandmother Maria (Luba's mother) starred in a late 1950s crime movie, and begins to delve into the details of her family's twisted history. Complicating things is the fact that Luba's half-sister Fritz played Maria in an amped-up biopic version of her life, creating a postmodern alternate version of the classic "Poison River" which originally told Maria's story (in a tie-in release, see page 52 for the graphic novel version of this movie, Maria M. Part One)! In the other half of the book, Jaime continues to explore his intriguing new character Tonta: In "Fuck Summer," Tonta is talked into joining the summer swim team but can't figure out why the brand new swim coach knows her - so, with help from friends, she sets out to find the answer. Meanwhile, something far more sinister is brewing behind the scenes...