The goblins from Paizo's Pathfinder RPG are pint-sized psychopaths, wreaking havoc across the land. Infamous for unpredictable attacks, catchy raiding songs, hatred of dogs, and fear of horses, goblins blend mischief and murderousness like no other monsters. And Pathfinder fans adore them! Since their appearance in the very first Pathfinder release, Pathfinder goblins have starred in numerous adventures and game supplements, not to mention miniatures, plush toys, and other merchandise. Now they get their own comic book series! Each issue in this 5-issue series features two goblin-themed short stories by different talented creative teams! When goblins gather 'round the campfire to tell stories, you know you're in for some tall tales... and probably a stabbing or two! Issue 1 includes "The One-Eyed Goblin is King," written by Adam Warren with art by Carlos Gomez and "Prize Pupil," written by Paizo Publisher Erik Mona and illustrated by Shane White. 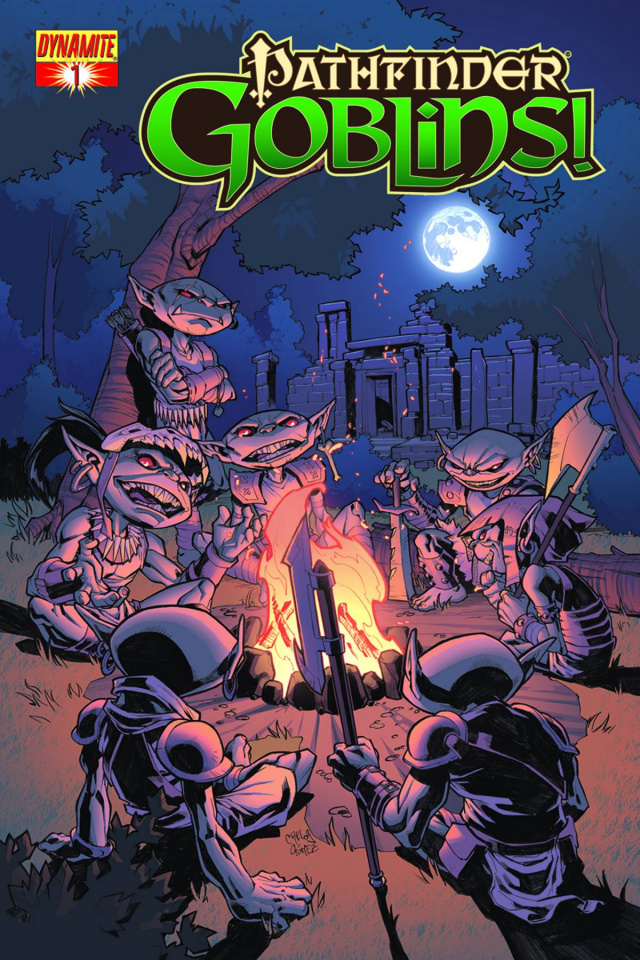