The Shadow: Year One #6 (Wagner Cover)

In the aftermath of a daring armored-car hijacking, Police Inspector Cardona first hears rumors of a mysterious, black clad vigilante whose merciless vendetta is accompanied by a spine-chilling laugh. Despite his most ferocious attempts, The Shadow is frustrated by his continual inability to locate mob boss, Big Gun Massaretti. Equally aggravated by his arrogant inability to value her input, The Shadow's fledgling agent, Margo Lane, endeavors to locate her former paramour on her own. This hit series continues, for the first time ever, to unveil The Shadow's deepest secrets as imagined by Eisner Award-winning author, Matt Wagner. 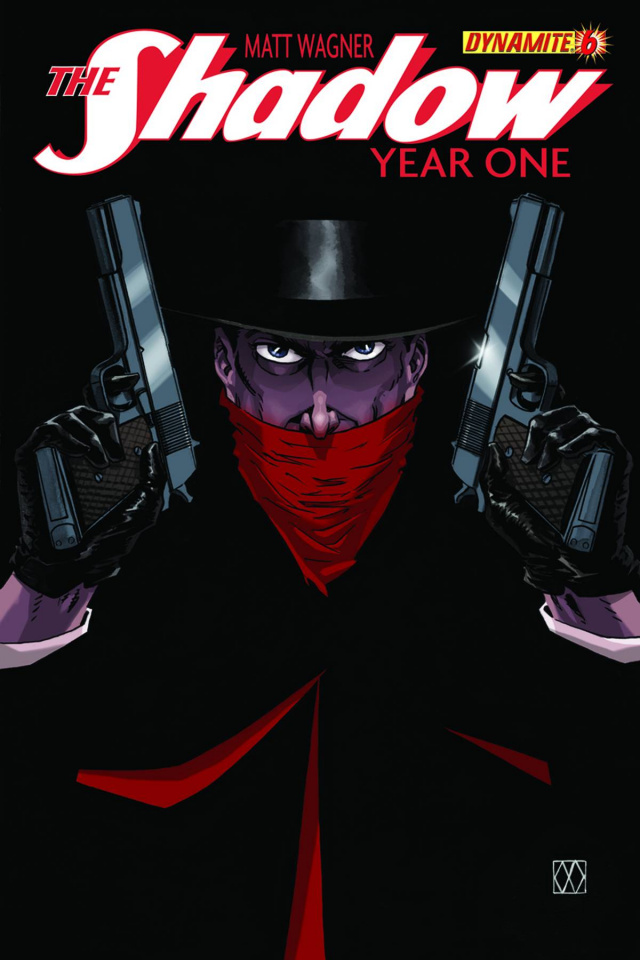