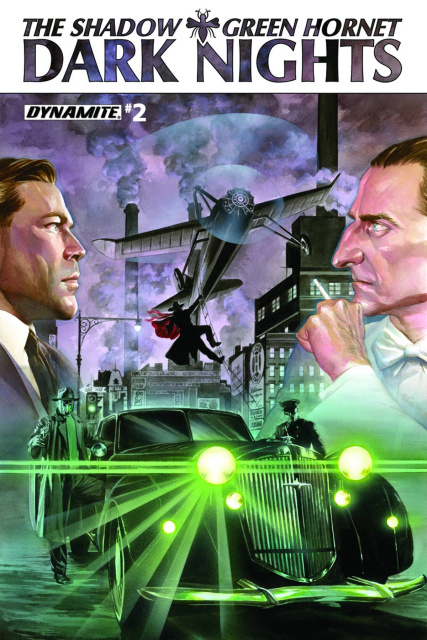 The Green Hornet and Kato ally with Shiwan Khan against the dark force known as The Shadow, warned that a storm is coming to America... an electrically-charged storm of Biblical proportions... a storm that will bring explosive destruction to the heart of the country's communications, finance and manufacturing industries... a storm that will rain fear across the United States... for Khan now knows how to turn the ultimate power on earth against The Shadow and his secret partner, the scientist who invented the auto-gyro and first harnessed this terrible power, Nikola Tesla!