The Scorpion Vol. 2: The Devil in Vatican

The Scorpion, whose mother Cardinal Trebaldi burnt at the stake for loving a man of the cloth, discovers that his father murdered the Pope himself. When Trebaldi addresses a huge crowd at the end of the mourning period, the Scorpion is there to tell the truth about how the people's beloved Pope died. Trebaldi claims that the sacred cross of St. Peter miraculously appeared in his castle. The Scorpion must find the real cross if he is to prove Trebaldi's treachery. 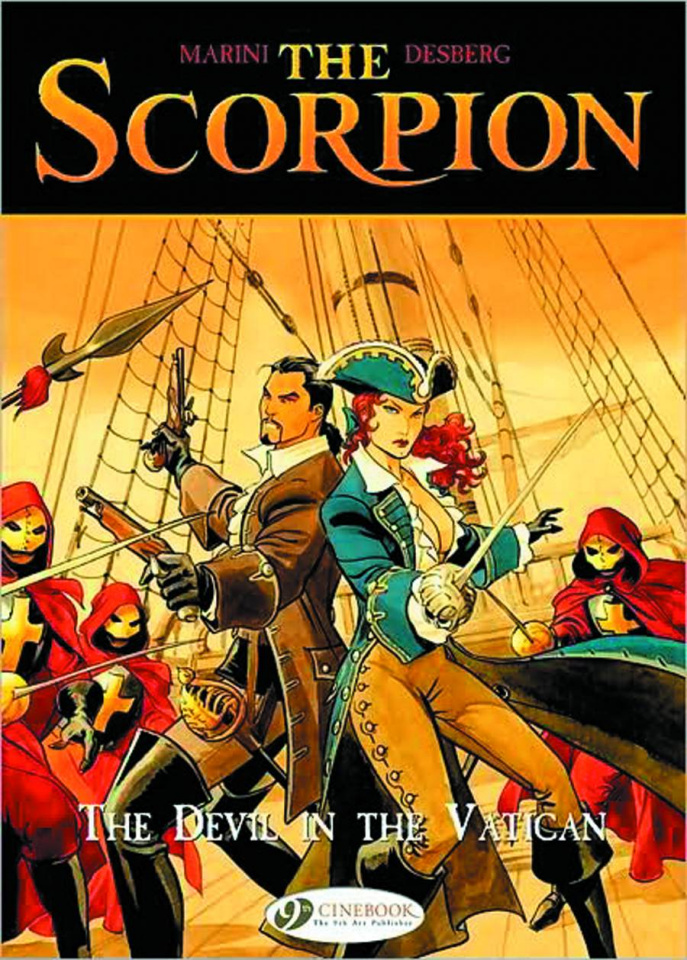