THE UNIVERSE FIGHTS BACK!

It is the far future; the human race has finally colonized the galaxy, preserving an era of prosperity that's only possible because of The Hypernaturals. They're a celebrated, galaxywide superhero task force that keeps the peace. That is, until they all mysteriously vanish. With their greatest enemy on the loose, the Hypernaturals are left with little choice but to pursue the only avenue of inquiry they have left, one that might save the Quantinuum, or plunge the universe into a greater, more terrifying darkness... Collecting 48 of the critically acclaimed series, THE HYPERNATURALS VOLUME 2 has Dan Abnett and Andy Lanning, the superstar writing duo behind ANNIHILATION and THE LEGION, team up with fanfavorite artists Tom Derenick (JUSTICE LEAGUE OF AMERICA) and Andres Guinaldo (NIGHTWING), to take cosmic superheroes to an allnew frontier! 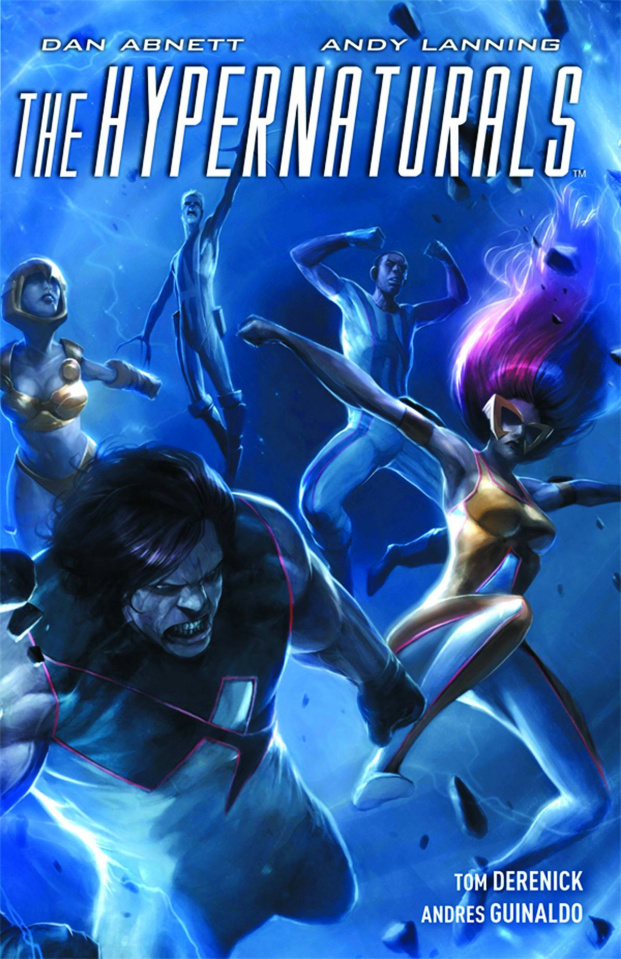