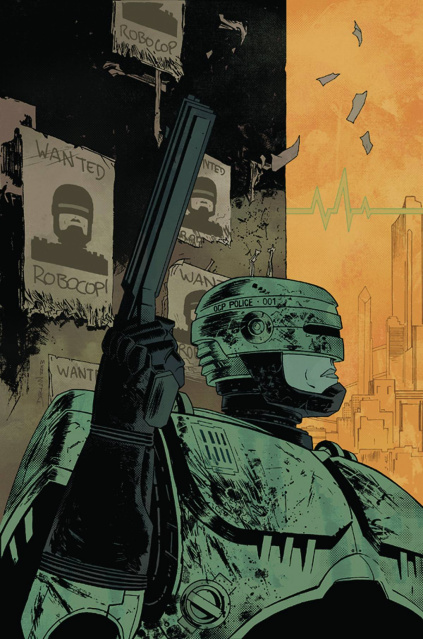 Frank Miller's incredible unproduced screenplay has been brought to life in this hardhitting Steven Grant (2 GUNS, PUNISHER: CIRCLE OF BLOOD) penned the adaptation. With all the brains, guts, and bullets that made the first film an instant classic, this is a comic event not to miss. The police force has disbanded. The people of Detroit have been evicted from their homes. ED209s and OCP officers run the streets. With OCP's vision for Delta City well underway, Robocop may be his city's last hope. This is Robocop's last stand, as it was always intended to be. Ask your retailer about the striking Mondo incentive variant cover by Jay Shaw!