DAVID LAPHAM's Caligula: Heart of Rome screams to an unbelievably violent and bloody conclusion! The final battle lines are drawn and the foul spirits plaguing Rome are terrorizing the masses. Laurentius finally confronts the demon Caligula in the body of the gladiator in an attempt to free his wife's soul from the beast. And Felix must face the foul creature beneath the streets of Rome to atone for his sins...but the temptation of Caligula is powerful. The demonic forces of Rome fight for control of the bloody remains of the city and no one is safe. Available with Regular, Wraparound, or Gore covers by German Noble, and a special Imperial Retailer Incentive. 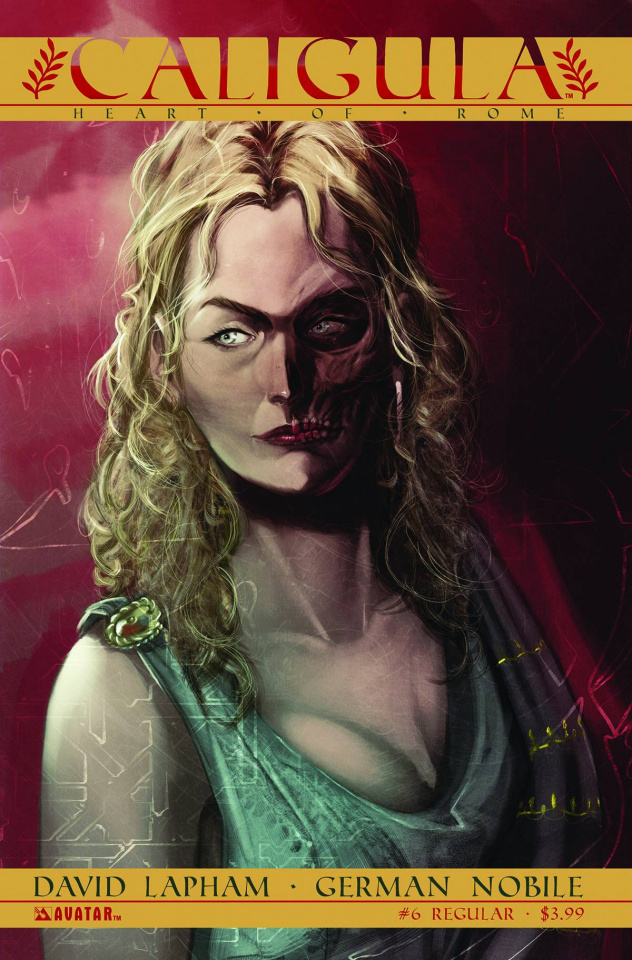