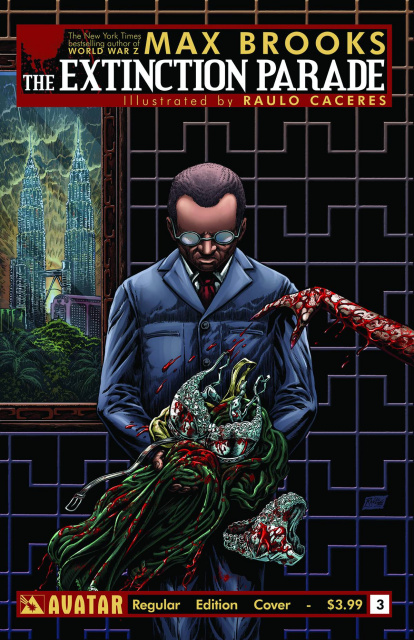 The all-out war of the species roars on as MAX BROOKS - author of the New York Times Best Selling novels, World War Z and The Zombie Survival Guide, unleashes his zombies vs. vampires epic. Vampires have ignored the growing zombie threat for too long, feeling the zombie subdead were beneath them. Only too late do they realize that the plague has shifted the tide from annoyance to the outright annihilation of the human race. But the history of vampires has them ill-prepared to mount an offensive. Available with Regular, Wraparound, End of a Species and Bloodwashed Retailer Incentive covers by Raulo Caceres. Also, available with a special black Leather cover, limited to just 1000 copies!