KIERON GILLEN's Uber unleashes the Nazi super soldiers into a defenseless Paris, determined to show the Allies in the West how vulnerable they truly are. The race for Allied Uber soldiers is at a breakneck pace, but Churchill's HMH troops are not yet in the same class as Hitler's heavyweight Battleships. With no choice left to them, the earliest Allied super soldiers must rise to the occasion and face an enemy with greater power and experience than they have ever seen. Available with Regular or Wraparound cover by Caanan White, Propaganda Poster cover by Michael Dipascale, and a special Blitzkrieg Incentive cover by Caanan White. 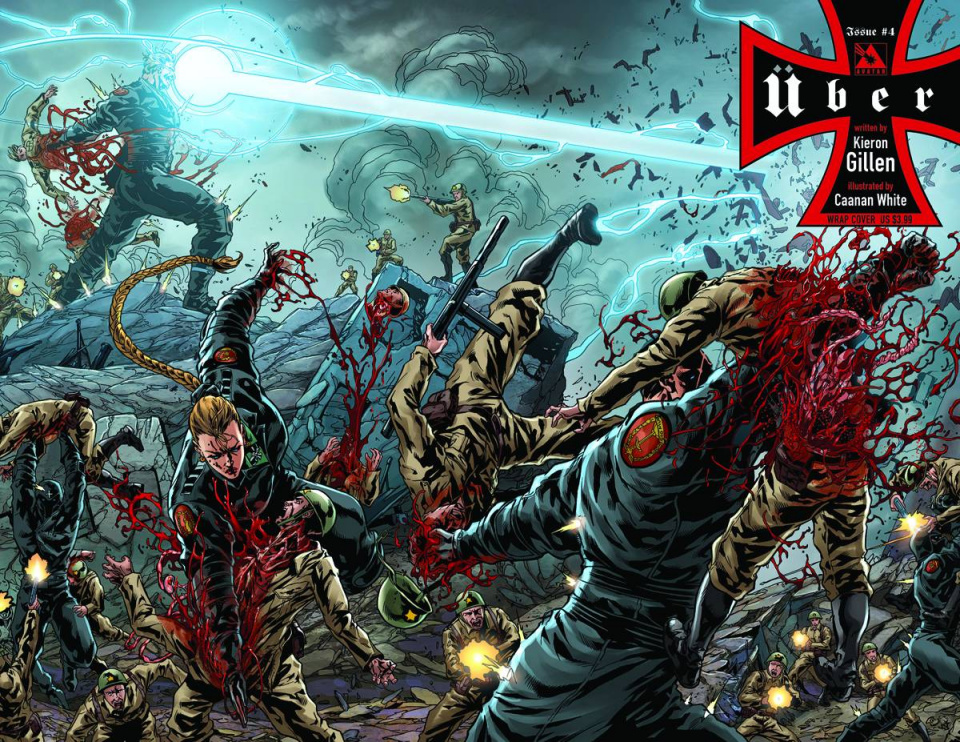