Classic Space 1999: Everything That Was

The sci-fi classic series continues! September 13, 1999: An atomic accident causes the moon to be blown out of orbit and hurled into the unknown, the survivors of the lunar base stationed there launched toward their destiny, and adventures, across the stars. Set in the continuity of the original series, Classic Space: 1999 - To Everything That Was fills in the gap between the first and second seasons of the gothic science fiction television series Space: 1999, offering an exciting narrative of events that occurred "behind the scenes." This collection is a celebration of the Space: 1999 comics of yesteryear, reprinting the best of the Charlton Comics series, the British Look-In issues and Annuals, with an artistic storytelling twist! It utilizes over a dozen rare Space: 1999 painted artworks as chapter breaks, and is adorned by a previously unpublished Gray Morrow Space: 1999 cover painting. Originally intended for the next issue of the 1977 cancelled Charlton comic series run, this beautifully restored image had until now only seen print in the late '70s as a puzzle! 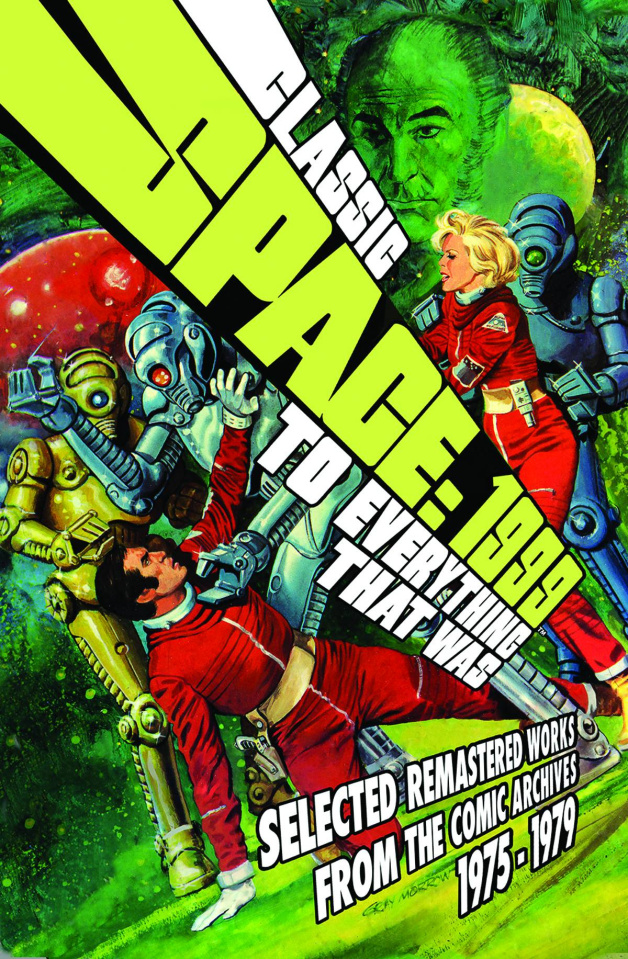