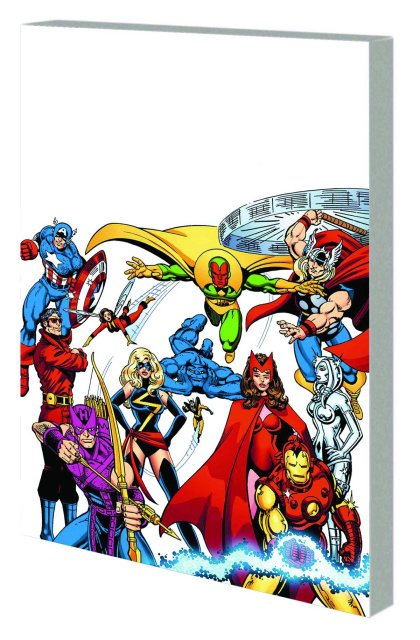 The Avengers travel to Wundagore Mountain in search of the deadly secrets hidden in the Scarlet Witch and Quicksilver's childhoods. But what about the secret from Tony Stark's own history, one that lies beneath Avengers Mansion itself? Then, the Avengers' rivalry with meddling Henry Gyrich comes to a head just as the Grey Gargoyle makes his move! Fan-favorite villain the Taskmaster debuts! Immortus returns, but what are his plans for Ms. Marvel? Plus: The mad robot Ultron's history with Earth's mightiest heroes is a long and violent one. But this time, how is Iron Man responsible for his return - and how can he be stopped? All this - and Hawkeye gets a job! Guest-starring the Elements of Doom, Inferno and the Yellow Claw! Collecting AVENGERS (1963) #185-206 and ANNUAL #9, and material from TALES TO ASTONISH (1979) #12.