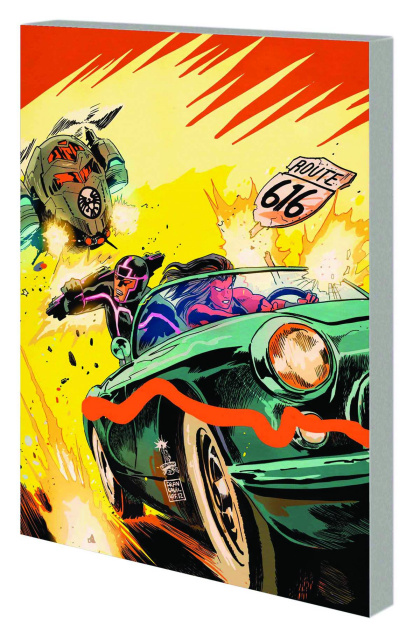 Red She-Hulk is S.H.I.E.L.D.'s most wanted, and Machine Man has joined her on a deadly chase across the Marvel Universe! But Jennifer Walters, the original She-Hulk, is hot on their trail! Red She-Hulk goes deep underground to find the secrets of the ancient order of the Shield - but there's a new ruler of the world below, and he may never let her leave! As Jen Walters strikes a deal with the military, Red She-Hulk discovers others have also taken the path before her. Others named Dr. Doom, the Red Skull, Ultron and Loki! Is Red destined to become a villain, as well, or can she prevail in her race against time? And as she faces Man-Thing and Mad Thinker's retooled Echelon Super-Soldiers, will humanity pay the price for her interference in the future? Collecting RED SHE-HULK #63-67.