Legendary singer-songwriter, musician and activist Neil Young brings one of his most personal albums, GREENDALE, to comics. In the fall of 2003, as the nation gallops into war, a politically active teenaged girl named Sun lives, loves and dreams in a California town named Greendale. And when a Stranger comes to town - a character whose presence causes Greendale to, well, go to hell - she'll find herself on a journey both mystical and mythical. 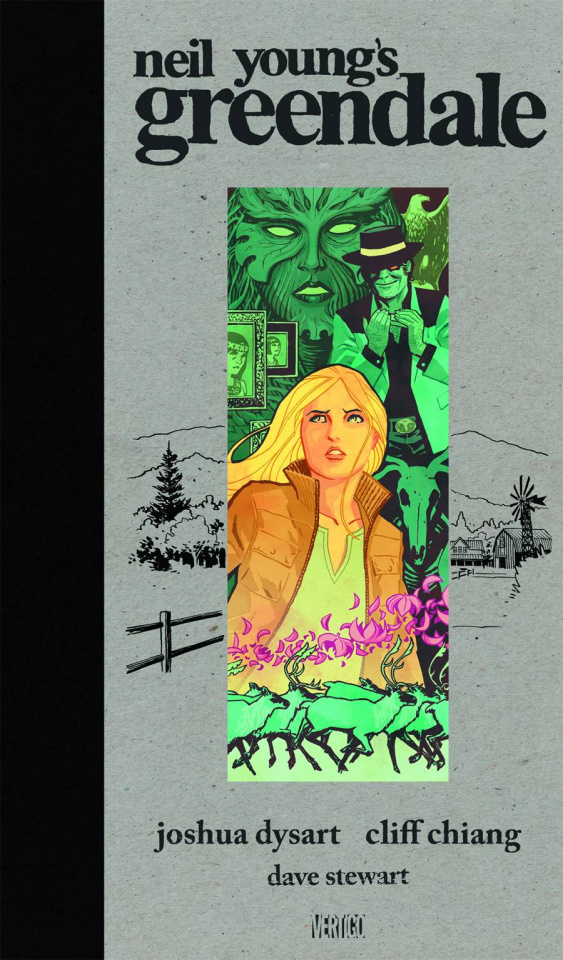