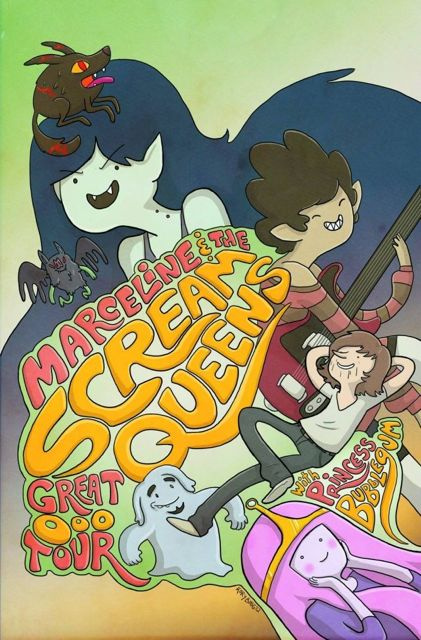 Back by popular demand, a 2nd Printing of fan-favorite characters Marceline and Princess Bubblegum for riot grrl rock-fueled excitement in this brand-new Adventure Time mini-series! Thanks to a newfound interest in music, Princess Bubblegum joins Marceline's paranormal rock band for a tour across the land of Ooo! But when they're threatened by everything from scenesters to beasts born of self-doubt, can they make it to the raddest gig ever in time?! Written and drawn by acclaimed cartoonist Meredith Gran (Octopus Pie) and featuring a back-up story from Jen Wang (Koko Be Good)! Don't miss out on the next installment of this all-ages phenomenon!