The battlelines are drawn. With each passing hour, the sorcerer Kulan Gath uses the Mayan 2012 doomsday prophecy to push the world closer to destruction. But his sworn enemy Red Sonja followed him through time itself, and has now gathered a team of allies to oppose Gath and his army of the dead. Joined by Vampirella, Dracula, Pantha, Herbert West the Reanimator and many more, Sonja has sworn to stop Gath, even if the cost is her own soul. Dynamite's biggest crossover ever rolls on, masterminded by writer Ron Marz, with artist Walter Geovani doing the best work of his career! 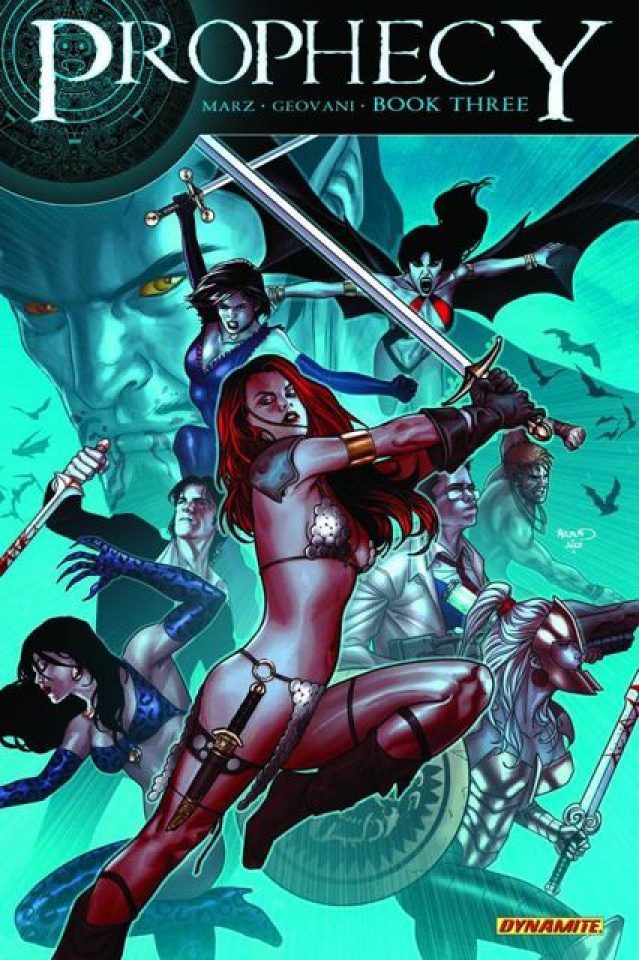