Lady Death has been through Hell... But the greatest trial she has ever had to endure is about to begin! Lady Death has realized that her only hope of finding peace is to leave behind everything which she has come to know. Hope's quest for inner tranquility has brought her to the greatest unknown in the Labyrinth: The dimensional barrier to a neighboring realm known only as "The Void." The Void could hold the key to Lady Death's salvation... or it could be her ultimate destruction! Available with a Regular cover by Juan Jose Ryp, Wraparound by Renato Camilo, Sultry by Matt Martin and a retailer order incentive Art Deco cover by painter Michael Dipascale! 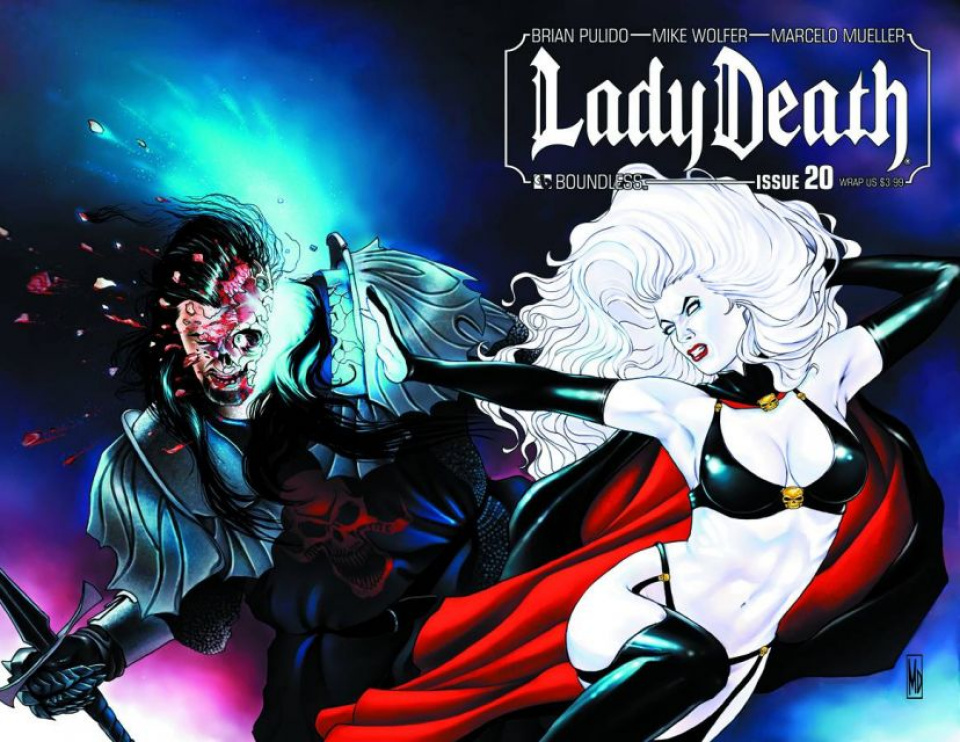