Crossed: Wish You Were Here Vol. 1

The first volume of the most popular Horror web comic is finally here! Crossedcomic.com has been delivering weekly chapters of this blood-stained epic and now the legion of fans can finally buy it in print! Simon Spurrier and Javier Barreno take us on a fresh journey into pain and misery with a new batch of survivors in the brutal Crossed world. This is the story of a writer who witnessed the downfall of London, and now finds himself in the midst of a new community, a new start, on a barren island off the Scottish coast. Pretending, just for a while, that he's safe, that he's useful... that he has a future. It won't last. There's no sanctuary. No fighting back. No hope. There's only the Crossed. Available with a Trade Paperback, Hard Cover, and a special Signed Hard Cover Edition (limited to 1000 copies and signed by Si Spurrier and Jacen Burrows) all featuring covers by Jacen Burrows! 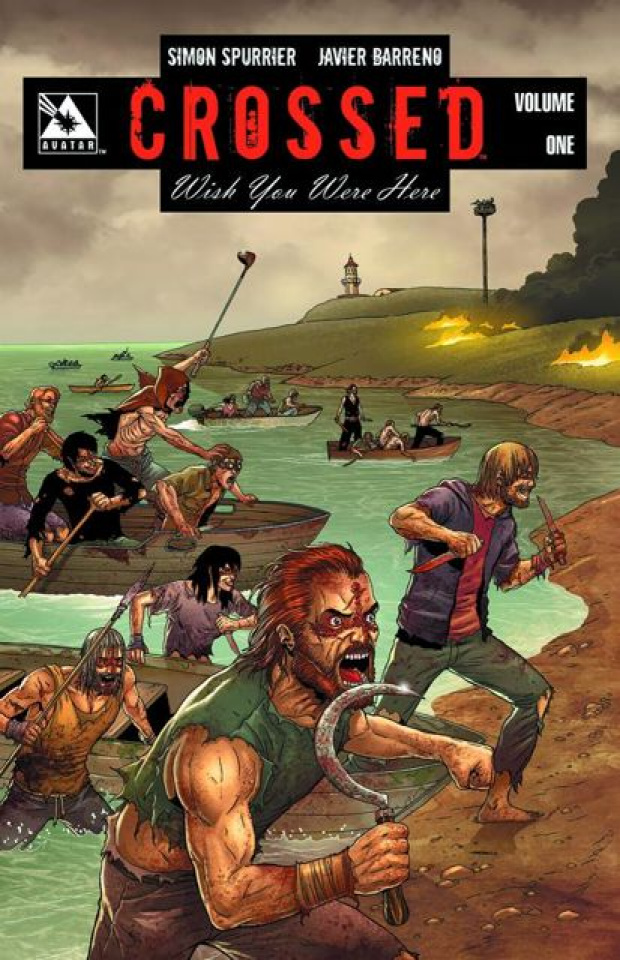