Michael Turner's epic fantasy adventure surges forward into a new era! The Bearer of the Light, Malikai, is back--alive and well with his closest friends. The balance of magic has been restored to the world, but there are still signs of a coming chaos - one greater than anything ever seen before. The Master and his greatest teacher, Grace, has fought for the light and all that encompasses it her entire life, but when the darkness takes a hold of her in the process-- the entire SOULFIRE universe will fall into jeopardy as Dark Grace emerges! From veteran SOULFIRE scribe J.T. Krul, and featuring the Aspen debut of ultra-exciting artist Michael DeBalfo along with fan favorite colorist Nei Ruffino, this is the SOULFIRE tale three volumes in the making! New and returning fans will NOT want to miss out as the biggest SOULFIRE story ever told premieres right here! 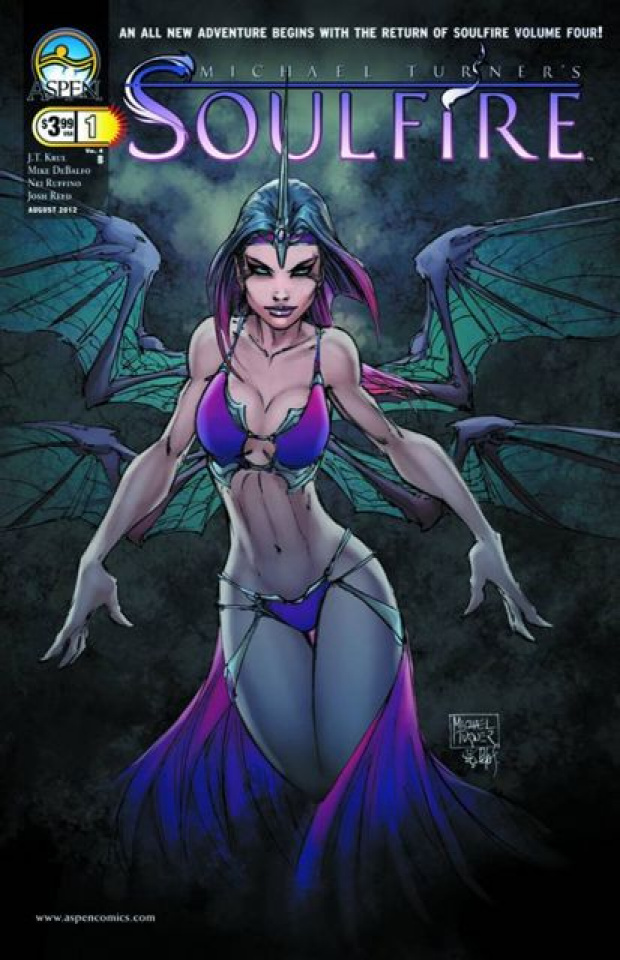