Nobody ever said being a teenager was easy... Just when you thought it was safe to go back to High School...Aspen Comics proudly presents an all-new series created by Michael Turner, Scott Lobdell and David Wohl. HOMECOMING! Hunter Wilson is just an average American teenager in an average American town, but when the beautiful and amnesiac Celeste arrives in his backyard, Hunter's life will change forever. He discovers that Celeste had disappeared from that very house 10 years earlier, and now she's back with little memory of who she was--but with strange, fantastic abilities and the knowledge that dark forces are rapidly approaching! Now, Hunter must help Celeste regain her memory while he tries to keep himself and his friends safe--and if that wasn't difficult enough, Homecoming is just a week away and he doesn't have a date to the dance yet! 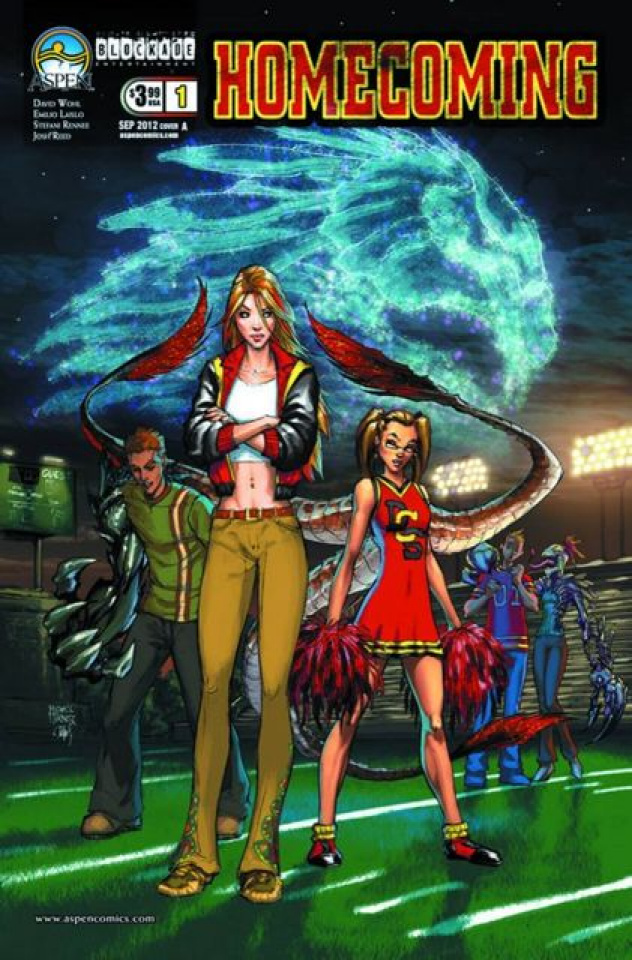