Sonic's epic adventures aren't just stories - they're sagas! Blast into the action at Sonic speed with the debut of the all-new Sonic Saga series! Sonic and his friends are put to the ultimate test as evil forces converge! The immortal tyrant Mammoth Mogul is released from his Chaos Emerald prison and the wicked wizard Ixis Naugus returns from his exile! As the armies gather, it's all-out war in 'The Darkest Storm!' Sonic Saga Volume 1 collects selected stories from Sonic the Hedgehog #162-167. 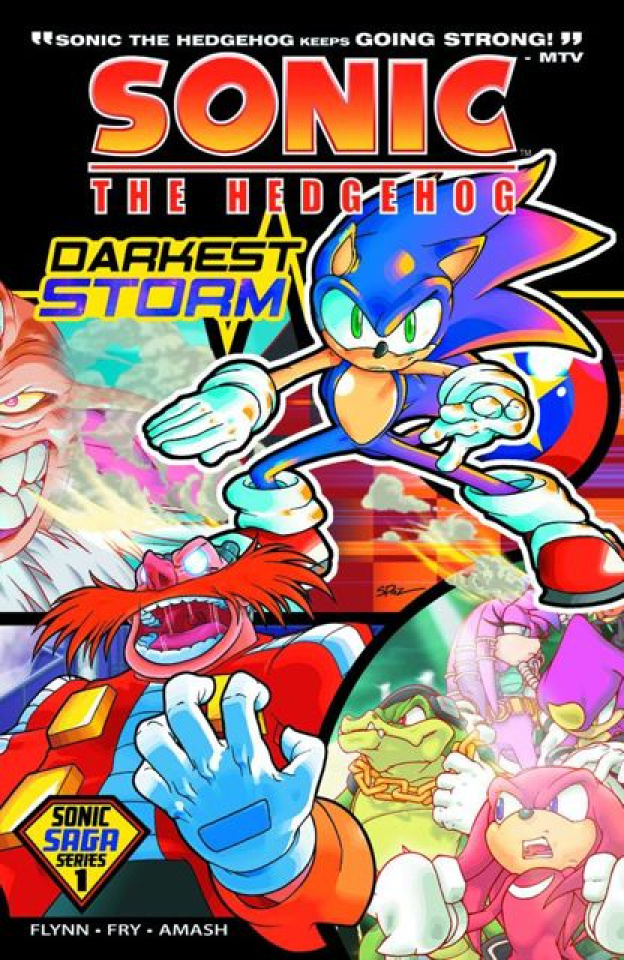