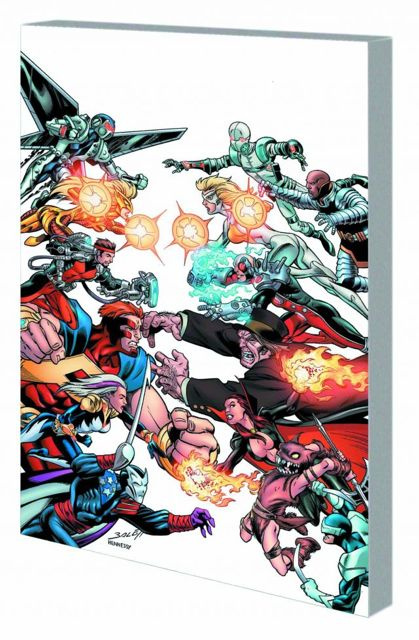 Still on the lam through the timestream, the Thunderbolts go medieval on King Arthur and his court! But as the Ghost gets ready to make his move, Fixer discovers a terrible secret! Meanwhile, Songbird escapes for an island vacation, where a mad scientist sets his sights on her - but he ain't the only one mad about it! Then: It had to happen - Thunderbolts vs. Thunderbolts! Years ago, the Thunderbolts were formed to protect a planet devoid of heroes - but they were villains in disguise! Now, as the modern-day 'Bolts come crashing into their earliest days, they'll make a decision that could destroy the Marvel Universe - or save it! Will Zemo's legacy of evil destroy our present, or can the Thunderbolts pull the world back from oblivion? Collecting THUNDERBOLTS #169-174.