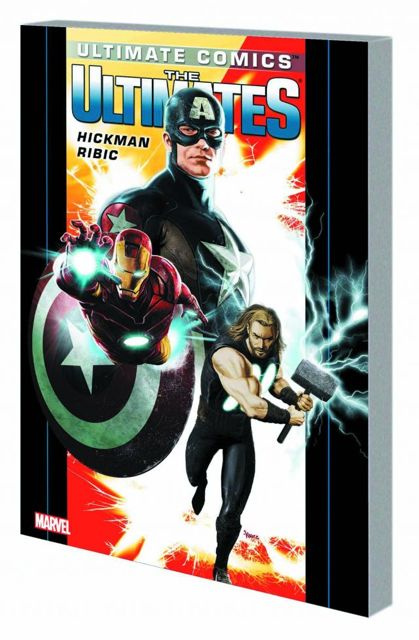 The Ultimates by Hickman Vol. 1

Nations fall, gods die, and Earth's mightiest heroes face their ultimate challenge! Iron Man, Thor and Hawkeye form the core of the Ultimates - S.H.I.E.L.D.'s finest fighting force, all too often the only thing keeping the world from total disaster. But when the walls of the mysterious City open up and the hyper-evolved Children of Tomorrow spill out, the Ultimates suddenly find themselves powerless against an unbeatable enemy. As even as Thor's Asgardian brethren fall before the Children, the God of Thunder makes a startling discovery about this incredible new threat - which might not be such a new threat after all! Collecting ULTIMATE COMICS ULTIMATES (2011) #1-6.