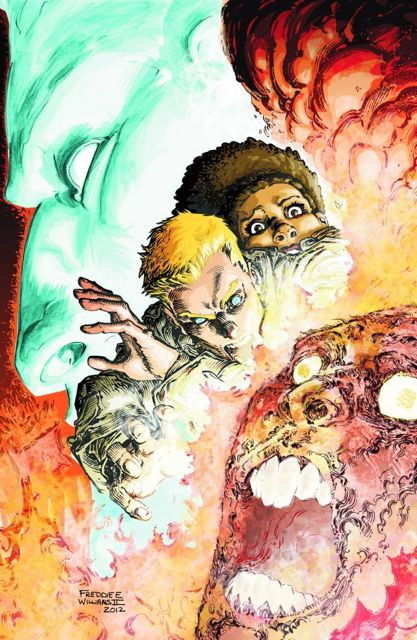 CAPTAIN ATOM'S evolution continues as he regains his human appearance. But even though he's closer than ever to regaining his humanity, it comes at a major cost as chaos is unleashed at his laboratory headquarters. * This issue reaches from Earth to the edge of the universe and ends with a massive change in Captain Atom's status quo in the DC Universe.