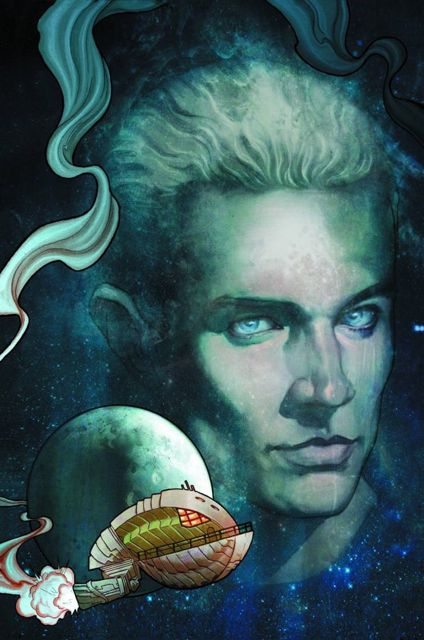 Having fought to regain his soul after falling in love with the Slayer Buffy, the once-terrifying vampire villain Spike has been a bit less fearsome (to humans, at least). On his own adventure, Spike is forced to examine the man he once was, the man he is now, and the man he still hopes to become. As master of a steampunk ship filled with loyal, oversized alien cockroaches, Spike embarks on a journey to the dark side of the moon, setting into motion an adventure filled with demons, witches, and others who brew new evil in the world without magic!