Advance Solicit for September, There are two new kids at school. Twin brothers--one straight-laced and buttoned-up, the other a rebel in a leather jacket--and they've transferred in with trouble for the Spell Checkers. Jesse finds romance, but for Cynthia, it's rivalry. She and the good brother compete for student body president, while Kimmie tries to find out who murdered the last one. Dark magic is afoot, as well as dark humor, in the second mystical volume of Oni's latest hit series. 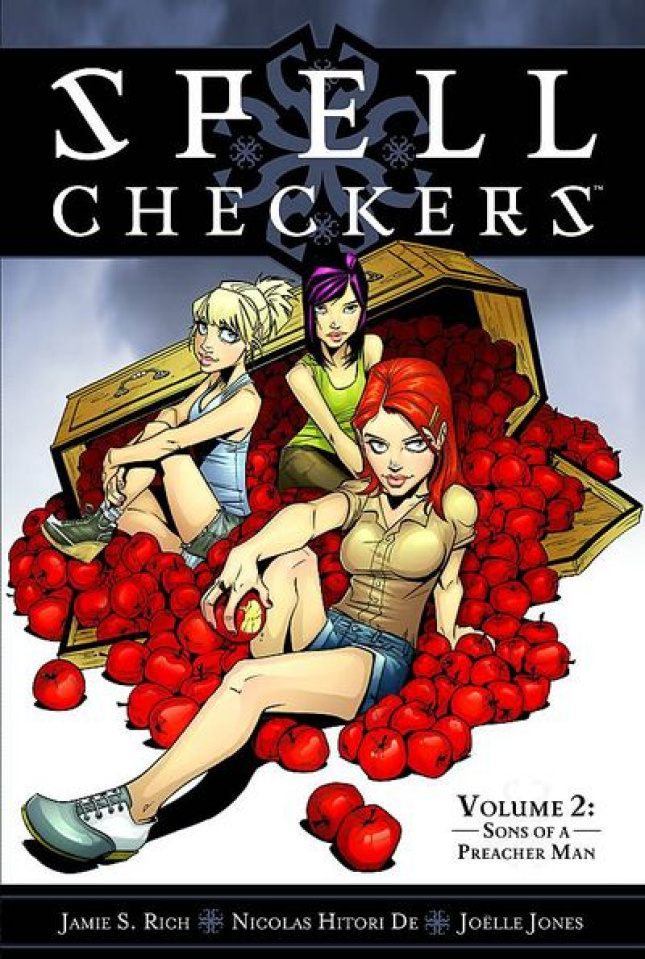