Half human, half brand name, Percy Jerkson and his pals Rover and Bananabreath eat only natural dairy foods, making them Ovolactovegetarians. But evil forces wish to destroy them so the world will only have junk food. Now the half-wits must battle the army of fast food giant McKronos and his legion of corporate icons. While the monstrous Hyphen, the creature from between worlds, attacks, McKronos begins his assault on the world's largest shopping mall, where Mount Whole Foods stands with no one at the registers! 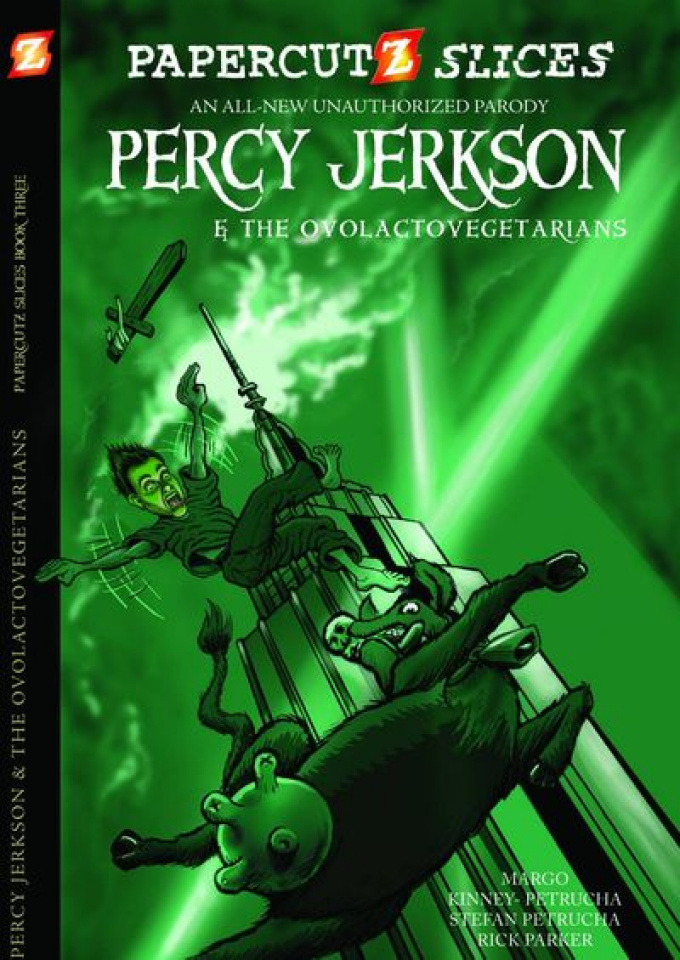