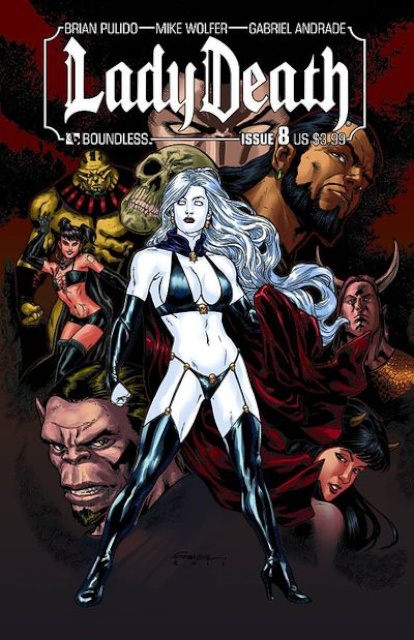 Lady Death's war against the vile Death Queen continues! After winning a major victory against the genocidal conqueror of the Under Realm, the rebels embark on a new mission to enlist the aid of a kingdom virtually untouched by the hand of Death Queen. But an uncomfortable truth, and a most unholy alliance will be revealed that will create an unsettling division between allies. In the kingdom ruled by the sorceress Satasha and her queen, Lady Death must walk a fine line between honoring the delicate embargo which allows New Aberffraw to remain independent, or follow her heart and unleash Hell upon those who would form an alliance with Death Queen. Guess which path she chooses Co-written by Mike (Gravel, Wolfskin) Wolfer and original creator Brian Pulido, this series promises to be the most powerful Lady Death tale ever! This arc features the art of amazing new talent Gabriel Andrade who also provides the Regular and Wraparound...