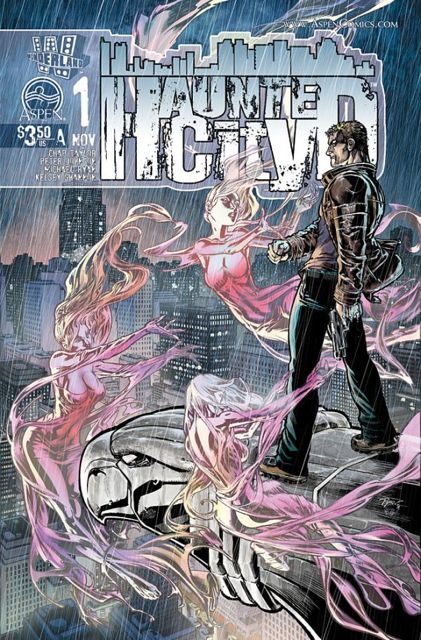 In the corners of our minds, we find ourselves asking--who protects us from the unknown? Time is running out for Detective Tom Whalen. He's got NYPD Internal Affairs breathing down his neck, Korean drug dealers chasing him across the streets of Manhattan, and a lunatic Albanian crime boss wanting him dead. His only chance for salvation: a Priest who comes to him offering him a chance to work on his team. But, Whalen soon discovers that this is a very special team: it's a secret unit within the NYPD that has existed for centuries. A unit as old as New York itself, sworn to protect the city from monsters and myths, the terrors and nightmares that exist in the darkest shadows and corners of the great metropolis. Meanwhile, ten year-old Deshawn Carver seeks escape from school bullies and his abusive home life in the form of an ancient-looking figurine he carries as a totem. When the figurine suddenly comes to life as a terrifying and beautiful Celtic demon goddess, his fate is changed forever. Until a group of city workers find his dead body in a centuries-old tunnel 700 feet below the city streets, an impossible mystery for Tom and his new cohorts begins... Teaming up with producer and director McG's Wonderland Sound and Vision, Aspen Comics brings to you this all-new story that's set to take comics and Hollywood by storm!