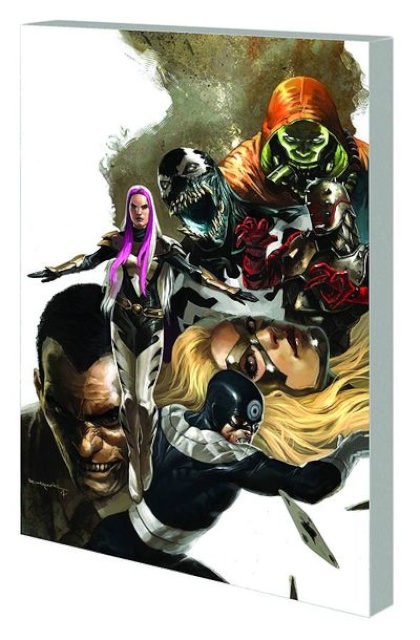 The Thunderbolts, a band of reformed villains trying to do good, have always sought justice from America. Their earnest attempts to regain the faith of the people have only made them slow progress toward that goal, and r has always been an elusive prize. But now, in the aftermath of CIVIL WAR, the tables have turned: It's time for the Thunderbolts to inflict a little justice on America. At a time when the country has lost faith in its heroes, it is ready to put its faith in monsters. Now is the time for the Thunderbolts! Warren Ellis and Mike Deodato's modern masterpiece challenges readers with a thought-provoking story that offers a steady stream of explosive action! Collecting THUNDERBOLTS #110-121 and material from CIVIL WAR: THE INITIATIVE.