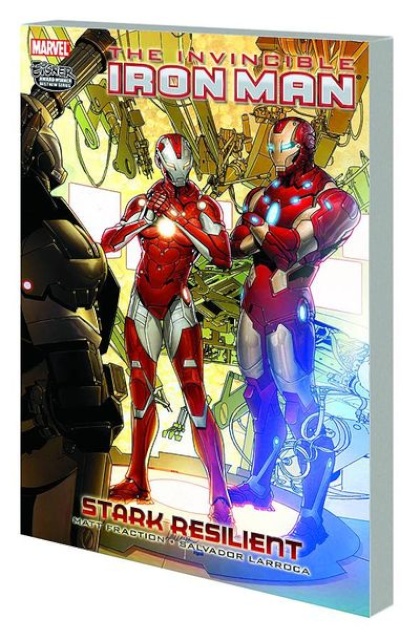 When Justine and Sasha Hammer said they were going to take on Iron Man and the nascent Stark Resilient, they weren't bluffing. Their implementation of Detroit Steel led to worldwide embarrassment for Tony Stark. The whispers of his irrelevance in the tech industry added insult to injury. But for the Hammer girls, that was merely the opening salvo. With War Machine grounded by the Pentagon, Pepper missing the RT-charged heart that made her Rescue and Tony's Resilient team struggling to put their clean-energy tech into production, they're about to up the ante. Now, Iron Man's going to find out just what 'resilient' really means. Collecting INVINCIBLE IRON MAN #29-33.