The Dark Tower: The Gunslinger - The Battle of Tull #3

Roland Deschain has been mistaken for the Antichrist! In the cursed town of Tull, the gunslinger enters the church presided over by the huge, imposing minister named Syliva Pittson.And once he enters, she shrieks that Roland is the Crimson King himself as the town then descends on him in a murderous frenzy! And, if the hunted gunslinger survives, he must learn the dark secret of the enormous woman who sought his death. It's a shocker! 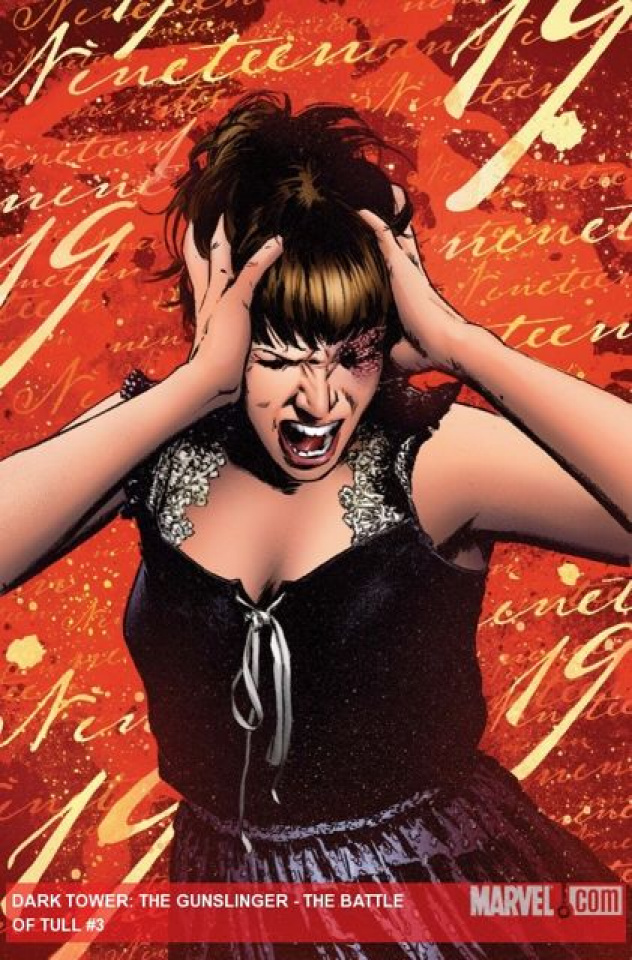