The chronicle of the Marvel Universe returns, delving into the history of three more of the House of Ideas' most enduring titles! Return with us to the far-out '70s and the gritty '80s as we launch our coverage of Wolverine (from 1982's WOLVERINE #1), the Punisher (from 1986's PUNISHER #1) and Ghost Rider (from 1972's MARVEL SPOTLIGHT #5). Watch the Marvel Universe's history unfold month by month as each issue provides synopses for dozens of individual comics, including backup strips introducing the characters, teams, places and equipment that appeared within; and providing vital information about first appearances, where they last showed up and where they appeared next! 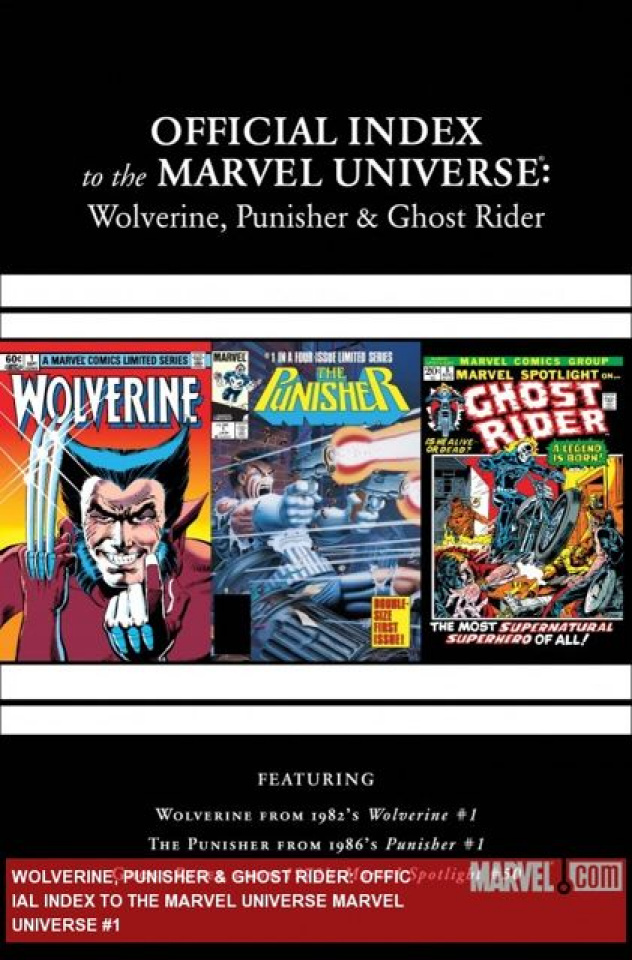