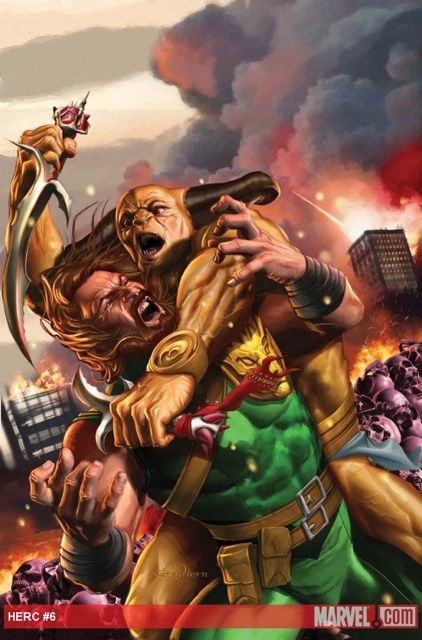 Depowered, abandoned by those closest to him and cast away in a twisted, nightmarish version of his new home of Brooklyn, Hercules prepares for to make his stand against Kyknos, son of his immortal enemy Ares, and Hecate, the villainous goddess of witchcraft. Will strength and heart alone be enough to overcome his seemingly insurmountable obstacles, or will this be the final, fatal trial of Hercules? Star writers Greg Pak and Fred Van Lente team up with ace artist Neil Edwards to bring the closing chapter to Hercules versus FEAR ITSELF.