SAVAGE DRAGON IS BACK! Or is he? Special 48-page anniversary issue! A certain green-skinned, fin-headed freak finds himself aboard a spaceship headed for parts unknown and has to begin making sense of his new life and the new reality which surrounds him. Meanwhile on Earth, Malcolm Dragon faces his greatest challenge yet: the omnipotent OverLord! And waiting in the wings - an alien invasion! Plus: Vanguard faces - Universo? 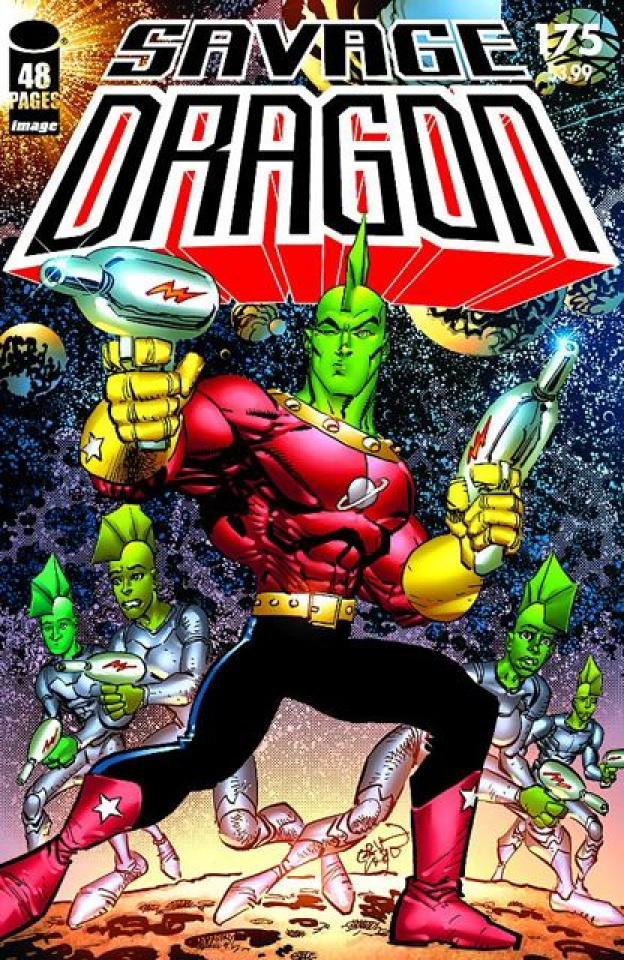