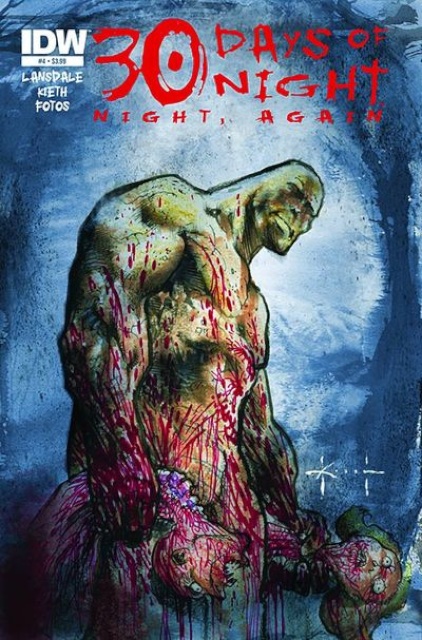 It's Barrow, Alaska, and it's dark, so you know what that means! Or do you? In the ballistic series finale, Trudy, Bud, and their fellow humans are trapped as the vicious She and her gang of rabid vampires mount an all-out attack. All would seem lost, but the humans have a secret weapon to turn the tide of battle-an ancient Golem with a very, very bad temper! Written and illustrated by horror legends Joe Lansdale and Sam Kieth!