With only five issues of DMZ left, "The Five Nations of New York," the final arc in the DMZ saga, continues! As New York City starts the healing process, the political realities on the ground are impossible to ignore. Matty's seen to it that everyone's voice is being heard, but will the social order devolve into anarchy, or is there a new New York to be discovered somewhere underneath the rubble? 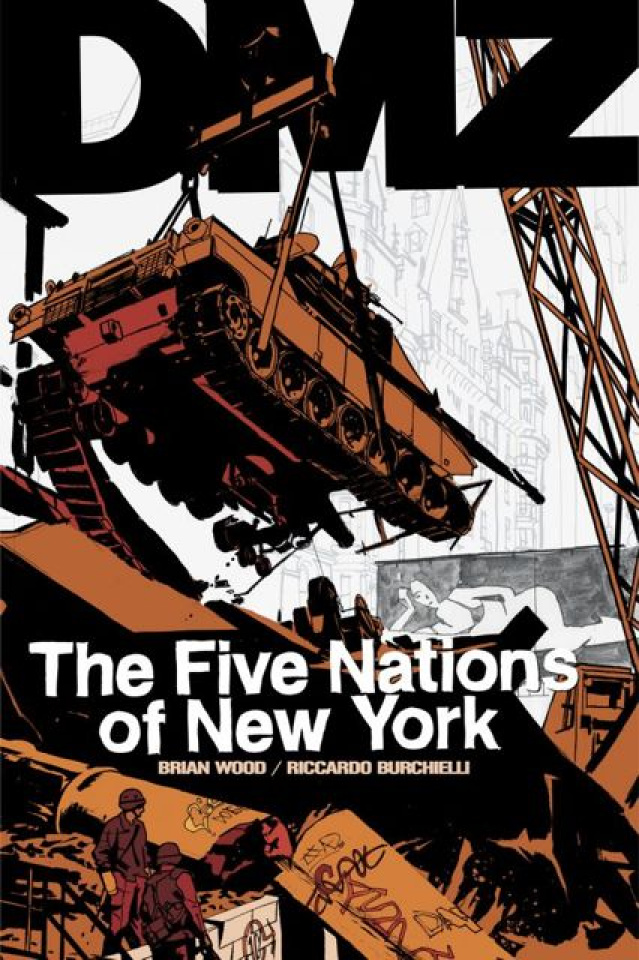